So its FINAL no more Group matches and Knock out stages, it’s time to light up and shine the golden cup for the ultimate battle between the German Offence VS Argentinian Defense.

People around me are shouting and screaming only one name in this final and he is none other than Lionel Messi
(Forward, Argentina).

THE most happening event on this year is non other than “The 2014 FIFA World Cup” which is the 20th FIFA World Cup, the tournament for the football world championship, which is currently taking place in Brazil at several 12 venues: 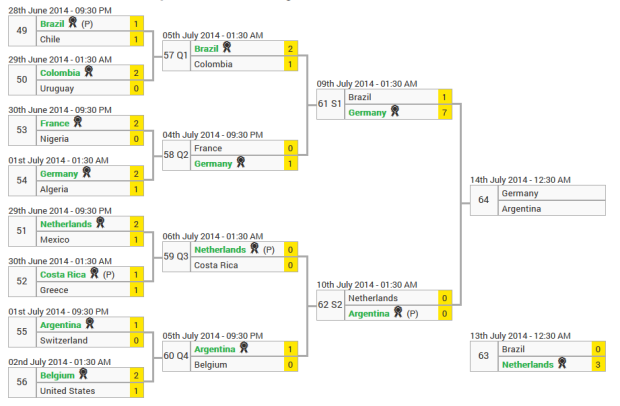 FIFA 2014 all began on 12 June, with a group stage, and is scheduled to conclude on 13 July with the final.
It is the second time that Brazil has hosted the competition, the first being in 1950.
Brazil was elected unchallenged as host nation in 2007 after the international football federation, FIFA, decreed that the tournament would be staged in South America for the first time since 1978 in Argentina, and the fifth time overall.

All world champion teams since the first World Cup in 1930 – Argentina, Brazil, England, France, Germany, Italy, Spain and Uruguay – qualified for this competition. Title holders, Spain, were eliminated at the group stage after losses in the first two matches. All seven previous World Cup tournaments staged in the Americas (four in South America and three in North America) were won by South American teams. 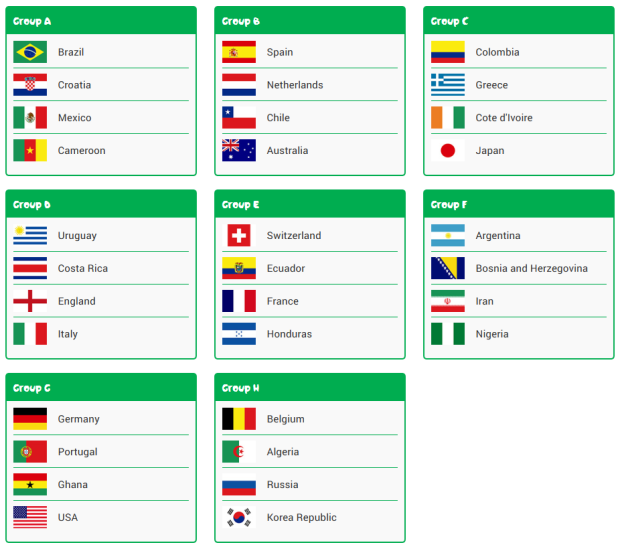 Because of the relatively high ambient temperatures in Brazil, particularly at the northern venues, “cooling breaks” for the players were introduced.
Breaks can take place after the 30th minute of the first and second half of games at the referee’s discretion if the Wet Bulb Globe Temperature exceeds 32 °C (90 °F).

The biological passport was introduced in the FIFA World Cup starting in 2014.
Blood and urine samples from all players before the competition, and from two players per team per match, are analysed by the Swiss Laboratory for Doping Analyses

Players in * are still active in the competition.
Note: Goals scored from penalty shoot-outs are not counted.

1. The most notable disciplinary case was that of Uruguayan striker Luis Suarez, who was suspended for 9 international matches and banned from taking part in any football-related activity (including entering any stadium) for 4 months, following a biting incident on Italian defender Giorgio Chiellini.
He was also fined CHF100,000 (approximately US $119,000).

Which Team will reach the finals?